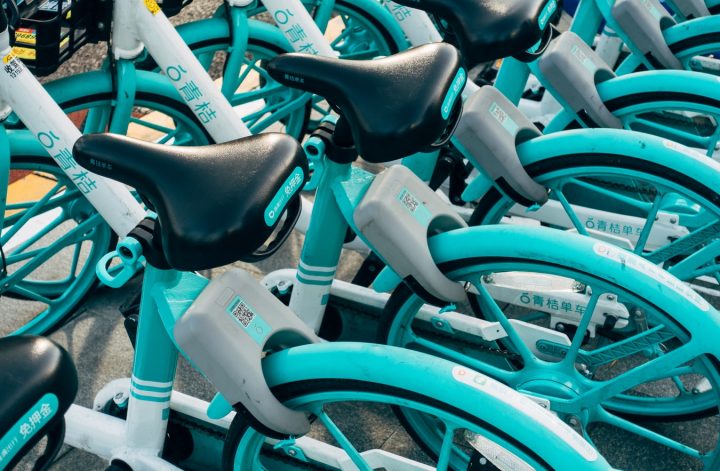 Bike-sharing services are also beneficial to towns like Bend, which receives a high influx of tourists during the summer months. It offers a fun and easy way for visitors and residents to use bikes for transportation, whether they are pursuing the Bend Ale Trail, or shopping in the Old Mill District. Bike-sharing is also flexible and can be used for one-way, or a round trip. Did you carpool with a colleague to a lunch meeting, but would like to stay a little longer? No problem, just grab a bike and head back to the office at your convenience.

Bike-sharing services also help make the environment better off. Cycling allows people to travel without burning fuel or releasing toxins. Individuals who use bike-sharing services may use them rather than take an Uber, taxi, or drive their car to a nearby destination. This promotes an eco-friendly transportation culture and reduces emissions. With the adoption of bike-sharing services globally, air quality will improve, resulting in better well-being and health for all citizens.

Studies have also shown that bike-sharing schemes can be problematic if not implemented correctly. For instance, although the usage rate of bike-sharing schemes varies across the globe between 3 and 8 bicycle trips per day, some bike-sharing schemes have a usage rate of 0.3 trips per day. In addition to underuse, bike-sharing services can also involve slow expansion, or come up against complicated and sluggish planning procedures. They can also lead to political friction if local authorities are not willing to sacrifice street parking areas for bike stations. Bicycle sharing services can also face challenges in cities with strict cycling regulations. For instance, in cities like Brisbane and Melbourne in Australia, cyclists must wear helmets and this prevents several potential riders from using bike-sharing services. Lack of proper cycling infrastructure can also raise safety concerns and make potential riders opt for alternative modes of transport.

Despite these challenges, bike-sharing services are largely a win for everyone. Restructuring something as modern as urban cycling to embrace the idea of shared resource economies is an effective way to promote sustainable transportation. Cities that develop coherent and solid plans will discover that bike-sharing services can form a positive and powerful aspect of their image.… 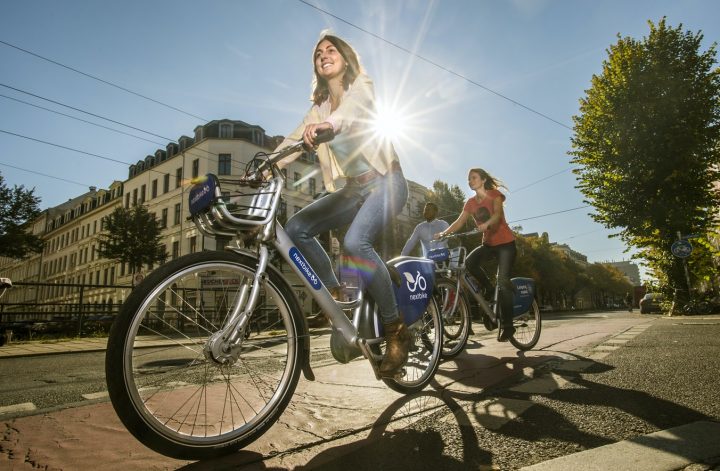 The list of advantages to be reaped from implementing bike-sharing services is not a short one. The benefits include more savings, less fuel consumption, less congestion, fewer vehicle emissions, transport flexibility, and health benefits.

However, the most unique quality of public bikes is the concept of sharing. When people share bikes in a publicly available service, people can use the bikes on an “as-needed” basis, without the responsibilities and cost associated with ownership. Bike-sharing services allow people who would not use bicycles under normal circumstances, to reap the benefits of cycling, whether they are locals or tourists.

Bike-sharing services can also encourage more use of bikes, by creating a solid visual statement that bikes also belong on the streets of cities. Commuters using alternative means of transport can view bicycle sharing as a solid on-street “cycling promotion campaign”.

Cities across the United States have not been left behind when it comes to bike-sharing services. With the help of CMRE Financial, recently Portland launched BIKETOWN, a new bike-sharing scheme to service the region. So what is the fuss all about? It turns out that proper bike-sharing services in cities can have significant positive impacts.

The concept of bike-sharing relies on a scheme of self-service bicycle stations. Users usually pick up a bike by checking out using a debit/credit card or membership card. After that, they can ride the bike to wherever they want to go and park it in the nearest docking station. Bike share bikes usually have cargo baskets, integrated locks, and are comfortable and enjoyable. They also typically feature gearing, lights, and fenders that make cycling in urban cities safe and delightful.

Bike-sharing services can encourage more people to participate in bicycle commuting through the provision of safe, secure, and fun bikes.

A study conducted in Washington D.C. IN 2013 suggested that there is a difference between bike share users and regular cyclists. The study revealed that Bike share users are more likely not to own automobiles or bikes, have lower-incomes, be younger, and be women.

By making bikes easily accessible to people who wouldn’t otherwise ride a bike, bike-sharing services encourage new demographics to adopt the use of bikes for transportation. In Portland, a user of the BIKETOWN service expressed the view that they would probably never have tried cycling without BIKETOWN.

Officials of the National Association of City Transportation believe that bike-sharing services make cycling safer for everybody by increasing the visibility of cyclists. Studies have also shown that increased cycling in urban centers leads to improved walking and cycling infrastructure.… 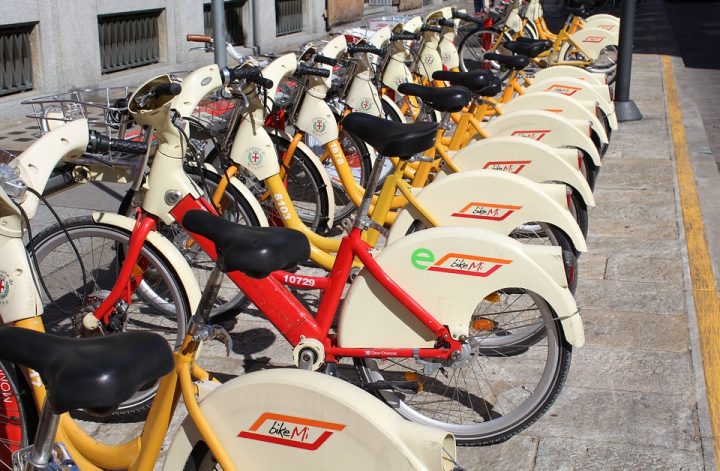 Recent studies conducted on the Styr & Stall scheme in Gothenburg revealed that the general population in the region feels that proper promotion of bike-sharing services can lead to an inexpensive, healthy, and pro-environmental mode of transport. They were particularly seen to provide the city with a better and more human-friendly fee, as well as complementing the public transport services of the city.…